JustBleedFan said:
Maybe for the best. 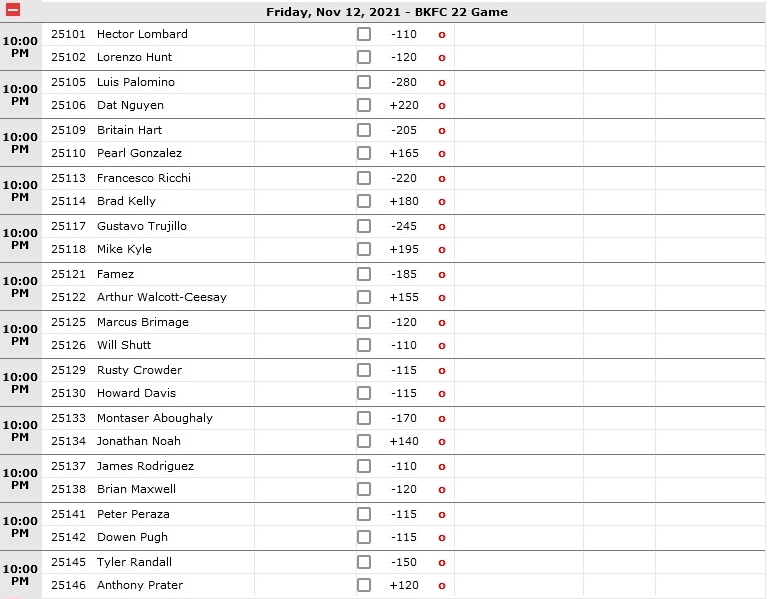 Staff member
BKFC line movement going the opposite of how I thought it would after seeing the openers yesterday. Money came in on Hector Lombard making him a moderate favorite from near pick 'em at start after he got his belt snatched off the dais by Lorenzo Hunt yesterday; money came in former 135 pound champion Dat Nguyen making him only a very small underdog now to dominant 155 pound champion Luis Palomino; and money came in on Britain Hart, making her an even bigger favorite over Pearl Gonzalez who I already liked the +165 odds on.

Staff member
For anyone looking for an unofficial BKFC Miami pre-show:

Foundation Member
dat nig looks like he should be playing a game of high stakes poker somewhere...

punisherind said:
dat nig looks like he should be playing a game of high stakes poker somewhere...
Click to expand...

Have to tip my hat to your somehow exponentially racist name, lol.

JustBleedFan said:
Have to tip my hat to your somehow exponentially racist name, lol.
Click to expand...